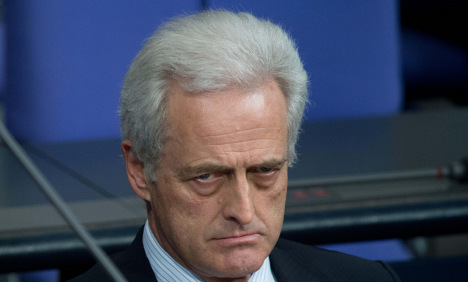 It was Ramsauer who initiated the special commission to investigate what has gone wrong at the German capital’s much-delayed new airport, but its members have now turned on the minister, the magazine wrote after obtaining an internal protocol of the commission.

The airport’s opening has been pushed back numerous times and it is now unclear when it will open or how much it will cost.

There has been much speculation in the German press over the last few weeks as to just how much Ramsauer knew and when about its ongoing problems.

Ramsauer was especially criticised by the commission for immediately firing the airport’s planners following the announcement in May that the June 3, 2012 opening would not happen.

Many local architects also criticised that decision, noting that replacing the planning office that had an overview of such a massive project would be very difficult.

Consequences of this “are much more extensive than originally thought,” the commission wrote, adding that following the dismissal “construction has not yet really resumed.”

During the summer the commission was more occupied with obtaining evidence against airport chief Rainer Schwarz, who was fired last week, than with figuring out how to get the project completed, the commission wrote.

In a report from October, it came to the conclusion that the supervisory board was either “incorrectly or insufficiently informed” over the airport’s planning.

Matthias Platzeck, the Social Democratic Party premier of the state of Brandenburg and now sole head of the airport’s supervisory board following the resignation of Berlin Mayor Klaus Wowereit earlier this month, acknowledged major problems.

Setting October 2013 as an opening date “was clearly a mistake,” he said.