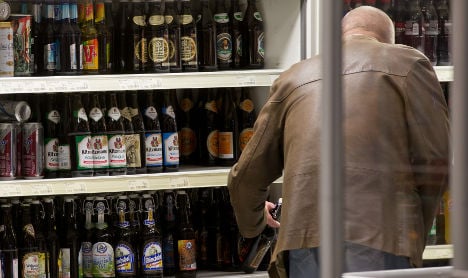 The alcohol tax in Holland was raised to 14 percent at the start of the year. This came hot on the heels of a two-percent increase last year in general value added tax rates to 21 percent. German beer is thus now significantly cheaper than in Holland, where taxes account for €5 per case, the paper said on Thursday.

“This huge difference has enormous consequences,” said Cees Jan Adema of the Dutch Beer Association. “It is causing a lot of headaches. We estimate that every 10th beer consumed in Holland comes from Germany.”

The commerce is particularly prominent in the border regions between Germany and Holland, where entrepreneurial Dutch tourism operators have organised special bus tours to Germany for Dutch beer drinkers.

Discos catering to young people in German border regions are also profiting, the paper said, as the Dutch taxes have made the price of not only beer, but other alcoholic drinks sometimes double what they are in Germany.

There are even disco shuttle buses taking Dutch youth to German clubs on the weekends, the paper said.

The bus companies have two requirements though. There is a no vandalism rule. Those who do not abide can count on paying at least €100. Also anyone who has had too much to drink and vomits has to pay a €50 cleaning fee.

German border towns are very grateful for the business. The head of an Aldi discount supermarket near the Dutch border said; “Basically without the Dutch the whole town could close up.”

He said Dutch tourists were mainly interested in buying hard liquor, which is not available in Dutch supermarkets. The price difference for spirits was even greater than for beer, he said, adding that bus-loads of people had shown up from Amsterdam on shopping trips.

There is, however, hope for the Netherlands. The paper reported on Friday that German tourism to Holland boomed last year, posting a three percent increase. For the first time more than three million Germans took their holidays in the Netherlands, drawn mainly to the beach, but also to city tourism.