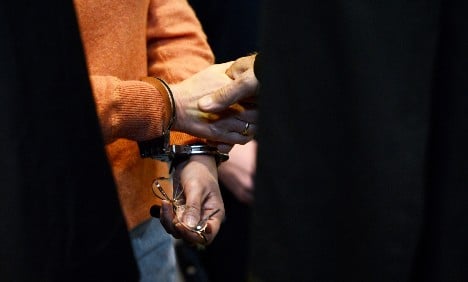 The pair, identified only by codenames Andreas and Heidrun Anschlag (which means attack in German), are said to have been planted in West Germany from 1988 by the Soviet Union’s KGB and later used by its SVR successor secret service.

The defendants declined to confirm any details about their real identities or the charges against them as the trial got underway in the higher regional court in the southwestern city of Stuttgart.

Prosecutors say one of them arrived in still divided Germany in 1988 — a year before the Berlin Wall fell — and the other in 1990, posing as Austrian citizens who had been born and grew up in South America.

According to the Federal Prosecutor’s Office, light could only be shed on the final three years of their alleged activities as agents.

They had “the mission from SVR headquarters to obtain NATO and EU political and military secrets”, federal public prosecutor Wolfgang Siegmund said, adding: “Particularly also geo-strategic findings on the relationship of NATO and the EU with the countries of Eastern Europe and Central Asia.”

Prosecutors say the couple set up a “middle-class existence” to cover up their activity for the secret services.

Andreas Anschlag studied engineering and worked in the auto industry while Heidrun was a housewife. According to the Frankfurter Allgemeine Sonntagszeitung weekly, even their own daughter had no idea about their double lives.

The couple allegedly passed on documents they obtained from a Dutch official in the foreign ministry between 2008 and 2011.

The court heard that the official, Raymond Valentino Poeteray, obtained several hundred pages of classified, partly secret documents from different Dutch embassies and received more than €72,000 for his efforts.

The accused left the documents in “dead-letter boxes”, for example under certain trees, from where they were picked up by employees of the Russian consulate general in the western city of Bonn, according to the federal prosecutor.

Heidrun Anschlag was responsible for communicating with the SVR via short-wave radio, the court heard.

The pair, who were allegedly jointly paid around €100,000 a year, communicated with their Moscow masters using text messages, satellite phones and hidden messages in comments in YouTube videos under agreed names, it heard.

In mid-2011, Siegmund said the pair had received orders to withdraw from Germany because of the risk of being exposed and were preparing to do so when they were arrested in October of that year.

They face up to 10 years in prison if found guilty.

On the sidelines of the trial, defence lawyer Pötschke said the documents in question were “of average quality” and “so, no so-called grave damage occurred” to Germany.

The trial is expected to last until the end of June.

Germany’s domestic intelligence services discovered the couple after receiving a tip from the FBI in the United States, which unmasked Russian SVR agents on its own soil.

Der Spiegel magazine dubbed it “one of the most spectacular cases since the end of the Cold War.”

When the first of the two defendants arrived in Germany, the Russian security services were still the Soviet Union’s KGB and President Vladimir Putin was a KGB operative in the East German city of Dresden.