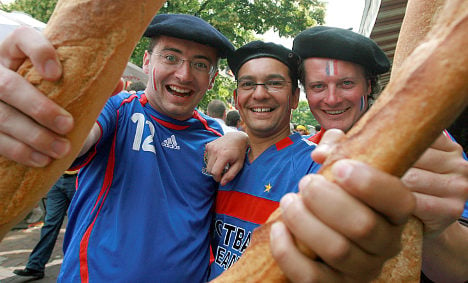 Marking this month’s 50th anniversary of the Èlysée Treaty of reconciliation between the European heavyweights, the German Embassy in Paris commissioned a survey from the ifop Institute to see what the two nations thought of each other.

The results suggested that although the animosity generated during two world wars had gone, the stereotypes of the hard-working German and life-loving French had survived well into the 21st century.

When asked for the first thing they thought of when considering Germany, 29 percent of the French people quizzed said Chancellor Angela “Merkel”, followed by 23 percent who said “Beer”. Following them were “Car” and “Strict” with 18 percent each. Then came the classics “Sausage” and “Sauerkraut” which each attracted 12 percent of first associations.

The Germans had a far more romantic image of France, with 56 percent associating it primarily with the word “Paris”, 37 percent coming up with “Eiffel Tower”, 32 percent going for “Wine” and a further 27 percent plumping for “Baguette”.

It might reflect the relative political weighting of the countries that Germans do not mention anything to do with politics when thinking about France.

Yet the stereotypes also seem to be positive in both directions, with 85 percent of the French and 87 percent of the Germans asked reporting feeling good towards each other.