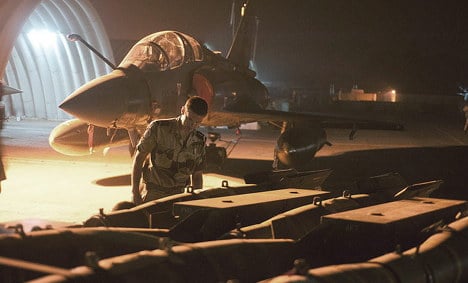 “Such support could come in the field of logistics, medical support or humanitarian support,” a foreign ministry spokesman told a regular government news conference.

“For the federal government and for Foreign Minister (Guido) Westerwelle it is clear that Germany will not leave France alone in this difficult situation,” added spokesman Andreas Peschke.

Westerwelle and Defence Minister Thomas de Maizière will now “quickly” consider “how Germany can offer concrete support, other than military action,” he said.

Discussions will now take place with Chancellor Angela Merkel and Paris to see how Germany can best come to France’s assistance, he added.

However the sending of combat troops “is not up for debate,” the spokesman stressed, repeating Berlin’s firm position on that issue.

France’s mission in Mali is “correct in the view of the federal government,” he added. “It is a difficult but also important mission that we support politically.”

Westerwelle is also in favour of a special meeting of EU foreign ministers to discuss the crisis in Mali, his spokesman told reporters.

France’s intervention has been backed by the European Union and the United States, while Britain is providing logistical support in the form of transport planes.

Westerwelle said in a statement on Sunday that Berlin would decide whether to participate in an EU mission to train Malian troops but only when the parameters of such a deployment had been established.