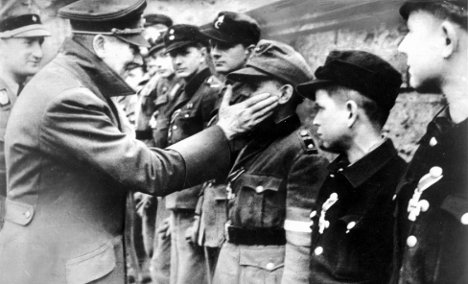 Spokesman for the SOS-Kinderdorf charity, Roger Damm, told NDR on Sunday the CDs, which displayed the Hitler Youth song names instead of the Christmas carols when played on a computer, could have been hacked by a far-right group.

Both the German branch of the charity and the production company that made the CD have lodged a complaint in Munich for incitement to hatred, Damm said. Households had been informed of the incident, Damm said.

“It greatly disturbed us to discover that this CD has been adulterated on the internet with Hitler Youth titles,” SOS-Kinderdorf said in a statement. “We unfortunately have no idea how this happened or who is responsible for this disgraceful deed.”

However, Volker Zota, a computer expert for German IT magazine c´t told NDR there could be a far less infamous cause for the embarrassing incident.

“Since media players identify CDs using a rather simple disc ID procedure, improper recognition can easily occur. In this case it could be an extremely unfortunate mix-up.”

The Hitler Youth was a Nazi group aimed at indoctrinating Germany’s children during Third Reich.