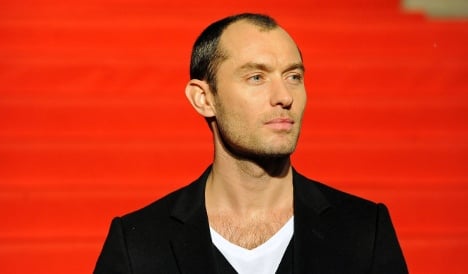 Keeping with a tradition of bringing high-wattage stars together with champions of hard-hitting political cinema, organisers of the “Berlinale” unveiled nine new entries to the February 7 to 17 event.

US iconoclast Steven Soderbergh will screen what he has described as his last film “for a long time”, a thriller about pharmaceuticals and crime Side Effects. Law and Catherine Zeta-Jones star as psychiatrists and Rooney Mara (Oscar-nominated for Girl with the Dragon Tattoo) as a desperate patient.

French screen icon Deneuve leads in the road movie On My Way as the owner of a family restaurant who takes off in her car when she finds herself in financial straits and abandoned by her lover.

Panahi, a film-maker repeatedly acclaimed at major international festivals for gritty and socially critical movies that are banned in Iran, will present Closed Curtain, a film in which he reportedly also appears on screen.

He was arrested for a documentary he tried to make on the unrest following the 2009 election and after being placed under house arrest, he was later sentenced to six years in jail and banned from making more films for 20 years.

In 2011, his This Is Not A Film had to be smuggled out in a USB stick inside a cake to be screened at the Cannes film festival.

The Cannes, Berlin and Venice festivals invited him to sit on their juries in 2010 and 2011 but because he was barred from leaving the country, organisers left a symbolic empty chair for him to remind film-goers of his plight.

Other films to feature in the line-up, which is not yet complete, include French director Bruno Dumont’s Camille Claudel 1915 with Juliette Binoche, An Episode in the Life of an Iron Picker from Bosnian Danis Tanovic (No Man’s Land) and Germany’s Gold, starring Nina Hoss who wowed critics in last year’s Berlinale entry Barbara.

The French-German-Belgian production The Nun with French actress Isabelle Huppert and Germany’s Martina Gedeck (The Lives of Others) and German-French-Dutch-South African picture Layla Fourie rounded out the list.

Chinese director Wong Kar Wai will lead the jury handing out the festival’s Golden and Silver Bear top prizes on February 16, and present his new epic drama The Grandmaster on opening night.

The Berlinale is the first major European film festival of the year. Last year the Golden Bear went to Italy’s veteran film-makers Paolo and Vittorio Taviani for Caesar Must Die, a docu-drama about inmates at a high-security prison staging Shakespeare.