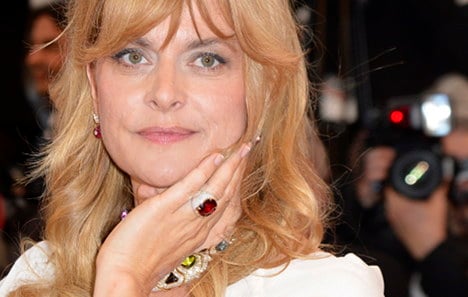 Nastassja Kinski, who achieved the Hollywood fame with films such as “Cat People” and “Tess” that eluded her father, wrote in the German daily Bild daily newspaper that she had wept when she read Pola’s account of their father’s abuse.

Pola Kinski, 60, said in a magazine interview ahead of the release of a memoir Saturday that the mercurial actor, who died in 1991, had sexually abused her throughout her childhood.

“My sister is a hero because she has freed her heart, her soul and thus her future from the burden of this secret,” the 51-year-old wrote.

“I stand by my sister, I stand behind her. I am deeply horrified. But I am proud of the strength she has shown in writing this book.”

She hoped the book would raise awareness of child abuse and encourage other victims to tell their stories.

“A book like Pola’s helps all children, youths and mothers who are afraid of fathers, who swallow their fear and hide everything away in their souls,” she said.

“Just because someone calls himself a father, as in this case, does not mean that he is a father. The horror has taken place nevertheless. Even fathers do horrible things.”

She added: “There is always help – all children should know that.”

Nastassja, who lives in California, is the daughter of Kinski’s second wife Brigitte. Pola’s mother was his first wife, singer Gislinde Kühbeck.

Pola said Klaus Kinski, who was already notorious as a brilliant but tyrannical force in European cinema, began abusing her at the age of five and raped her for the first time when she was nine.

The assaults continued until she was 19, she alleged in an interview this week with Stern magazine.

The volatile but prolific star of “Fitzcarraldo” and “Aguirre, the Wrath of God” and a frequent collaborator of German director Werner Herzog “ignored all protests” by his young daughter, she charged.

“He just took what he wanted,” she said, adding that as a youngster, she lived in constant fear of his angry outbursts.

She said she aimed to go public with her allegations to put a stop to the idolising of her famous father.

“I was sick of hearing, ‘Your father! Great! Genius! I always liked him’,” she said. “Since his death, this adulation has only got worse.”