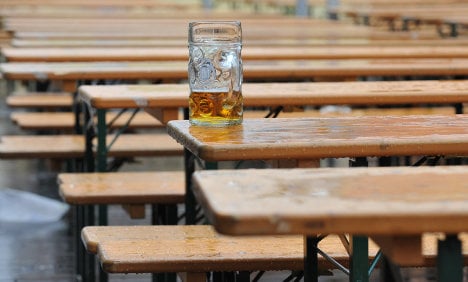 A passer-by noticed the elderly man at an underground rail station on Wednesday as he still had an intravenous drip needle implanted in his left hand.

He took the slightly dazed man to transport authorities who called the police.

“After several calls, it emerged that the pensioner had bolted from a Munich clinic,” police said in a statement. “He himself said he was on his way to a beer hall to have a belated birthday celebration.”

Police said the man was then returned to the hospital, where doctors agreed to allow him to have the tall, frothy beverage of his choice.