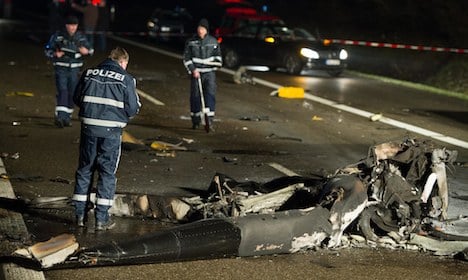 Pieces of the helicopter hit a truck near the town of Schwäbisch Hall but the driver was only slightly injured. Police said they believe the pilot was alone on board.

The section of autobahn was closed in both directions following the accident, creating a major traffic jam.

German news agency DPA said the helicopter belonged to a private company in the region.