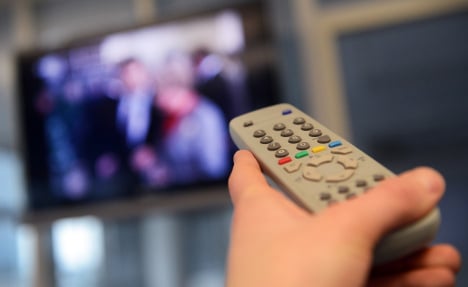 From January 1, the licence fee that funds Germany’s public broadcasters is being regulated differently, so that every household must pay a flat €17.98 a month, regardless of whether it actually contains a TV or radio or not.

The new rules have proven a disadvantage for businesses with multiple branches, and Rossmann announced on Thursday that it would be taking legal action against the fee, or Rundfunkbeitrag, after it found that its yearly costs would leap from €40,000 to €200,000.

Since the firm is also planning to take over branches from the bankrupt retail chain Schlecker, Rossmann’s expenses could eventually be even higher – a spokesman said the “absolute” figure could be as much €291,000 a year.

Confirming a report in the Frankfurter Allgemeine Zeitung, the spokesman said that Rossmann’s suit was founded on the charge that the new Rundfunkbeitrag put it at a disadvantage to companies of similar size but with a business model that required fewer branches.

That view was shared by Martin Wansleben, head of the German Chambers of Commerce and Industry (DIHK), who told the Handelsblatt newspaper that the multiple-branched firms would be significantly worse off because of the new fees.

Speaking to news magazine Der Spiegel last week, Lutz Marmor, chairman of Germany’s main public TV channel ARD, admitted that there had been more complaints about the licence fee than usual. “With companies that have a lot of branches, I can understand the complaints to some extent,” he said. “But there are also firms who are paying less.”

Marmor also admitted that there had been mistakes in collecting the new fees, such as when the individual occupants of care homes had been sent payment demands. “When I heard that, it was clear to me – that is unacceptable,” he said.

There have also been complaints from disabled rights groups, who said the new rules meant that the deaf and blind would no longer be automatically exempt from paying the fee.

“The majority of people with disabilities are still being left out in the cold,” Adolf Bauer, president of the SoVD, an association that represents the interests of the socially disadvantaged, told the Rheinische Post newspaper. “It is nonsense to reach into the pockets of dementia sufferers or people in care with inadequate seeing and hearing abilities.”

The new rules mean that only people who are both deaf and blind will be automatically exempt from the fee, while deaf people and those with severe sight impairment only have to pay a reduced fee of €5.99 a month.

But some people may be better off under the new rules: households shared by multiple people still only have to pay once – which comes in handy for a communal living project in Düsseldorf that apparently contains 60 people. “We would like to take in people who don’t want to pay,” said project initiator Klaus Moskob, who would be willing to take over the extra cost.