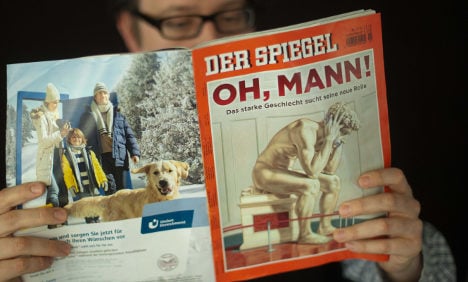 Bernhard Zand, a reporter for the German weekly Der Spiegel, was looking into the accidental deaths in November of five street boys in Bijie, Guizhou province, which had cast a negative light on the country’s social safety net.

In the course of his reporting Zand interviewed the Chinese journalist who broke the story and had been subsequently detained for several weeks, and also spoke with relatives of the dead children.

However while in Bijie, Zand reported that he and his Chinese assistant were constantly followed by unidentified men.

After returning to their hotel one evening last week in the provincial capital Guiyang, the pair found multiple files had been deleted from their laptops, and Zand’s computer tablet and iPhone had been destroyed.

Zand filed a complaint with local police and Der Spiegel has called on Swiss hotel group Kempinski seeking information on the break-in at the hotel.

In light of Zand’s report, the Foreign Correspondents Club of China (FCCC) recommended journalists working in Guizhou take special precautions to protect themselves and their equipment.

The sabotage against the German correspondent is not the only incident of recent harassment of foreign journalists in China. The Chinese authorities also forced a reporter for The New York Times to leave the country last month after refusing to renew his visa.

In a visit to Beijing in August German Chancellor Angela Merkel urged great protection for press freedom in China.

Ahead of her visit, German journalists working in China had called on Merkel to discuss the issue with Beijing, alleging authorities had been threatening to not renew media visas and intimidating their local assistants.

Earlier Monday hundreds of people demonstrated in support of media freedom in China outside the offices of the Southern Weekly newspaper in Guangzhou, which is at the centre of a censorship row following the blocking of an article urging the protection of rights, in a rare public display of anger on the issue.

All Chinese media organisations are subject to instructions from government propaganda departments, which often suppress news seen as “negative” by the ruling Communist Party, although some publications take a more critical stance.