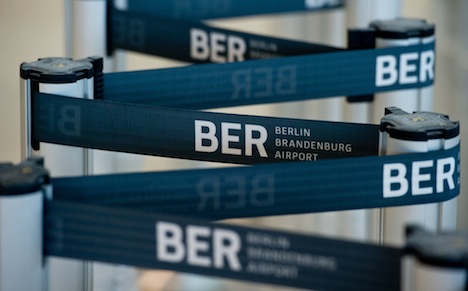 The troubled multi-billion-euro project has already doubled in cost and could require more than just tinkering around with a faulty fire prevention and warning system, a report on Monday suggested.

More thorough checks must be made before a decision can be made as to whether “a complete reconstruction to reach certification status cannot be avoided”, Bild newspaper quoted from a status report from Horst Amman, the technical head of the consortium building the problem-plagued Berlin-Brandenburg International Airport (BER).

Amman’s report said it would not be possible to name a finish date in the near future.

There now seems to be no chance of any air traffic in or out of the new airport before 2014.

Berlin and Brandenburg are the two major shareholders of the consortium, along with the federal government – and state premiers Klaus Wowereit and Matthias Platzeck respectively, sit on the supervisory board running the project.

They have come under increasing pressure as their erstwhile prestige project has turned to political dust in their hands.

Claims were made on Monday that the supervisory board must have known about the additional delay in mid-December but this was denied at lunchtime, with assurances that it was only known at the weekend.

The Green party leader in Berlin’s state legislature, Ramona Pop, said on Monday that Wowereit should resign if it turned out that he knew about the additional delay in mid-December. She called for a vote of confidence in the Social Democratic mayor.

He gave up his position at head of the airport consortium supervisory board on Monday, preparing to hand it over to Platzeck on January 16. He also said it was likely that airport manager Rainer Schwarz would be fired at that meeting.

Chairman of the federal parliamentary transport committee Anton Hofreiter called for the entire airport supervisory board to step down.

He said it was a scandal that not only was the airport so late but that the additional delay was, “only brought to light through parliament or in the press.”

Bild reported that the main issued continued to be the airport’s fire control system, which was apparently not built to official specifications.

“It will cost time and energy to be approved,” wrote inspectors in a letter dated December 28 to the firm overhauling the faulty system. “There will be no contortions to approve what’s been botched.”

The start of Berlin’s new airport has been delayed several times already. The air hub was expected to begin operations on June 3, 2012, but shoddy construction and management of the huge infrastructure project forced the cancellation of the opening only a month earlier. Last autumn, a March 2013 date was also postponed to October 27.

Besides embarrassing officials in the German capital, the airport is running at nearly double the initial budget and is now expected to cost more than €4 billion.