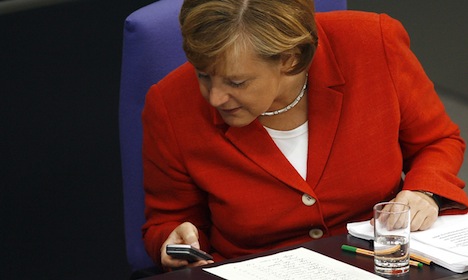 While the US president, Britain’s prime minister and even Pope Benedict XVI

“tweet” on the popular online message service, newsweekly Der Spiegel on Monday noted that 58-year-old Merkel remains “abstinent” although the conservative Christian Democrat is fighting for re-election in September.

“No, there aren’t any concrete plans,” the magazine quoted her spokesman Steffen Seibert as saying, who himself is active on Twitter and has more than 83,000 followers.

Merkel’s main opposition challenger in the elections, Peer Steinbrück, has a Twitter account on which it states that his centre-left Social Democratic Party team tweets and “now and then” he himself does.

Der Spiegel quoted a Twitter spokesman as saying they would “of course be glad” if Merkel, who is famous in Berlin political circles for her rampant use of SMS text messages, joined the messaging platform.