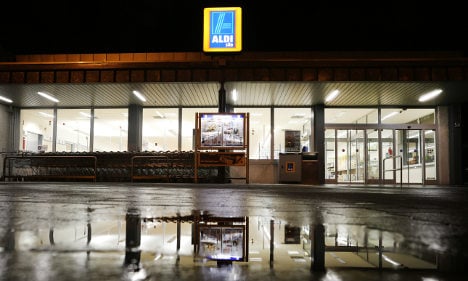 The unnamed detective who worked for years for Aldi gave the magazine a detailed description of the tasks he was asked to carry out. Alongside normal duties of watching out for thieves in the shop he was also told to keep a close eye on the staff.

Three years ago for example, the detective said he was asked by management in Dornstadt in Baden-Württemberg to install mobile miniature cameras over the lockers in the staff changing rooms. When he refused he claims he was threatened with the loss of all his surveillance duties.

“I was tasked with reporting all irregularities,” the detective told the magazine. “So [I had to say something] if a member of staff was working too slowly, or if I heard about them having a relationship with another member of staff, or received other details from their private lives, for example their financial situations.”

Aldi denies the detective’s accusations, claiming that surveillance of staff members to check up on their productivity was strictly forbidden in their detectives’ contracts. Orders have never given to detectives to “report ‘irregularities’ such as private details,” an Aldi representative wrote in a statement.

Aldi has always denied secretly watching its staff, particularly after a scandal in spring 2008 when Aldi’s competitor Lidl was criticized for having systematically watched staff members using cameras and detectives.