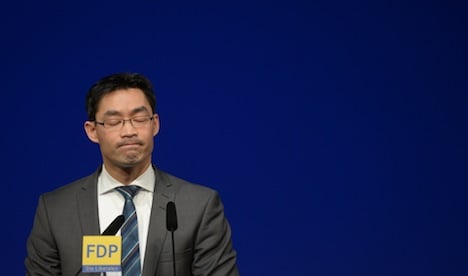 Rösler, who is also vice chancellor and economy minister in the centre-right coalition with Chancellor Angela Merkel’s conservatives, urged unity among his pro-business FDP two weeks before the state vote and ahead of general elections in September.

With the party polling at below the five percent threshold for seats in Lower Saxony’s parliament, Rösler told the FDP’s traditional Epiphany meeting that criticism of the party chairman went with the territory.

“I have no problem with it,” he told the gathering in the southwestern city of Stuttgart.

“Credibility is always also a question of style, fairness, solidarity,” Rösler said with an eye to his critics, adding he now expected a sign “that we, together, are ready to fight.”

The FDP chairman could face a challenge to his leadership shortly after the election in Lower Saxony on January 20.

German Development Minister Dirk Niebel told delegates that things could not continue as they were for the Free Democrats. “It tears me up inside when I see the state of my party,” he said.

But he added: “We are, as a team, not constructed yet well enough.”

And he complained that it was too long to wait until May when the party’s political conference is scheduled to take place for the FDP to decide on its future leadership.

Merkel, who hopes to clinch a third term in power in September, faces having to find another coalition ally if the FDP’s fortunes do not improve. But she reiterated on a visit to Wilhelmshaven in Lower Saxony on Friday that her Christian Democratic Union wanted to stay in coalition with the FDP both in the northwestern state and nationally.

The FDP peaked in the 2009 national election grabbing more than 14 percent of the vote and formed a coalition with the CDU but has seen its ratings dwindle amid internal squabbling and political strategies that have backfired.