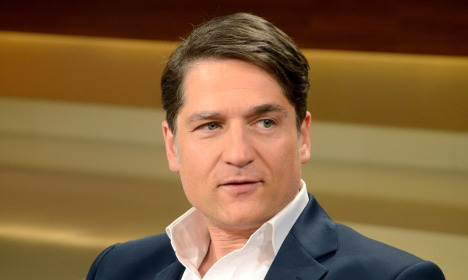 German journalist and publisher Jakob Augstein is one of the top ten worst anti-Semites in the world – at least according to the Simon Wiesenthal Center, a US Jewish human rights organisation which included him in their 2012 “top ten” offenders.

The Simon Wiesenthal jury said it had based its decision on German pundit Henryk M. Broder’s description of Augstein as a “perfect anti-Semite.”

The two men entered into a spat last autumn when Broder took issue with what he described as anti-Semitic comments in articles Augstein had written for Der Spiegel magazine.

In his writing Augstein supported the controversial position taken by German author Günther Grass that as a nuclear power Israel presents a threat to world peace. Elsewhere, Augstein made a direct comparison between ultra-orthodox Hasidic Jews – who make up 10 percent of the Israeli population – and Islamic fundamentalists.

On this evidence, the US organisation included Augstein in ninth place in its annual list of the world’s worst anti-Semites, alongside the Iranian regime and the Egyptian Muslim Brotherhood.

Augstein’s inclusion on the list prompted outrage in Germany, where many saw accusations against him as exaggerated and wrong-headed. Politicians from both right and left wing parties stepped up to defend him this week.

In a further escalation, the German Central Council of Jews – which condemned Grass for his anti-Israel poem in 2012 – came out in support of Augstein on Friday and said that the US organisation had not done its research.

The American organisation had made the mistake of taking Broder’s criticism of Augstein to heart, added Korn. “You can’t always take what he says seriously” he said.

The organisation – which takes its name from Holocaust survivor and Nazi hunter Simon Wiesenthal – then hit back to defend its decision on Friday.

“Just because he’s a journalist doesn’t mean we’re going to give Mr Augstein a blank cheque to say whatever he likes and then hide behind journalistic integrity,” said Rabbi Abraham Cooper, head of the jury which compiled the list.

Comparing a whole religious community with Islamic extremists whose “essential contribution to the world consists of suicide bombing, extremism and hate” crosses a line and steps beyond journalism, he added.

Cooper said he welcomed the lively debate in Germany over Augstein’s views. “I invite Mr Augstein and the critics protecting him to take another look at his comments. They are indefensible,” he said.

Augstein, who has also written for Süddeutsche Zeitung and Die Welt national newspapers rose from being known in Germany as the adopted son of Der Spiegel founder Rudolf Augstein to become a public figure in his own right.

He has dismissed accusations of anti-Semitism as “defamation”.