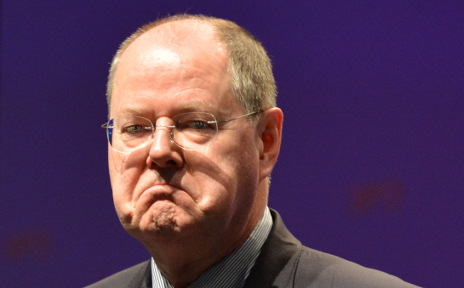 “I will not conceal this truth, not even as Chancellor candidate,” Steinbrück told the Tagesspiegel newspaper on Saturday.

The former finance minister denied he had demanded the Chancellor’s wages – currently €17,000 a month plus benefits – be increased. He had only suggested that the Chancellor was paid too little in comparison with business leaders – specifically with bank managers – a position he defended.

“I say what I think and I do what I say,” he told the paper, adding that he intended to continue to speak plainly in the future, even as his Social Democrat (SPD) colleagues struggled to repair the damage to their party’s reputation.

The issue of money has dogged Steinbrück since he launched his campaign for the autumn 2013 general election. He was first accused of using his influence when finance minister to gain sponsorship for a chess match, then admitted he earned €1.25 million for speeches.

The SPD candidate did however admit his comments about the wage paid for the job he was seeking could have been misunderstood by people struggling to get by on low incomes.

“Of course you can live well on that,“ said Steinbrück, especially from the perspective of a single mother on €1,000 a month.

Steinbrück dismissed as “nonsense“ accusations that he himself was after a higher wage should he topple Merkel in the election. Anyone not happy with a wage should not apply for the job, he said.