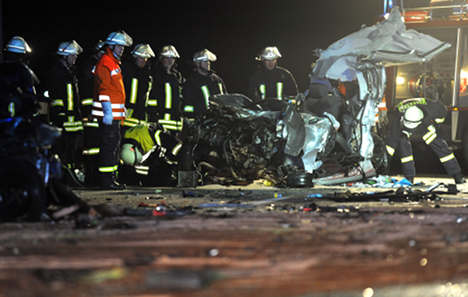 Police caught up with the Latvian man near the city of Bremen, several kilometres from the A1 motorway in Lower Saxony, where he had accidentally driven his 40-tonne truck down the wrong side at 9 pm.

After realising his error he attempted to turn the vehicle round, hitting a number of cars and killing two people, the identities of whom have not been released. He ran from the scene after his vehicle came to a halt.

On Wednesday morning it was still unclear exactly how many people were injured and how many cars were involved in the crash.

The A1 motorway was shut until 5 am in order for the emergency services to clear the scene.

Over the past few months there has been a string of accidents involving people driving the wrong way in Germany, sparking debate about how to cut the chances of it happening. One incident in early November left six people dead.