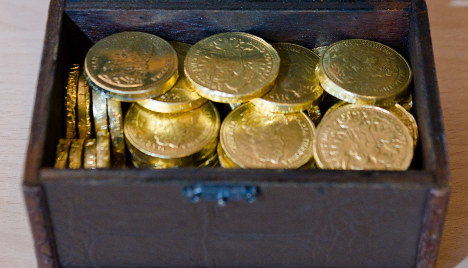 The Berliner Zeitung newspaper reported this week that just €1.3 million had been given in large donations to Germany’s political parties. The laws governing party financing demand that donations of more than €50,000 have to be immediately published.

The biggest recipient of industry generosity was the Bavarian sister party of Chancellor Angela Merkel’s conservatives, the Christian Social Union, which got €460,000, including donations from the Bavarian association of the metal and electronic industry, and car maker BMW.

Junior government coalition partner, the Free Democratic Party, generally described as a friend of business, punched above its electoral weight, receiving €205,000 in large donations. The Greens did not get any donations of more than €50,000, while the Marxist-Leninist Party reported a donation of €115,000 from a couple in Wilhelmshaven.

Generally large donations increase rise sharply in election years, with 2009 seeing around €6 million handed over to the political parties ahead of Chancellor Angela Merkel’s re-election.

The following year saw €3.8 million in large donations, a figure which shrank to €2 million in 2011. The continued drop to 2012’s €1.3 million could be a result of the critical debate about lobbying, the Berliner Zeitung said. It also suggested that large donations were being split up into smaller chunks to circumvent the immediate publication rule.

One notable change in the large donations section was the almost complete absence of the finance industry, the Berliner Zeitung said. The Allianz Group which has traditionally given €50,000 to each of the CDU, SPD, CSU, Greens and FDP, reduced its donations to €30,000 for each party but insisted this be published straight away, the paper said.

Corruption watchdog Transparency International has long called for the €50,000 immediate publication trigger to be reduced to €10,000.

German parties raise money from party members as well as donations – and get a certain amount of state support relating to their share of votes.