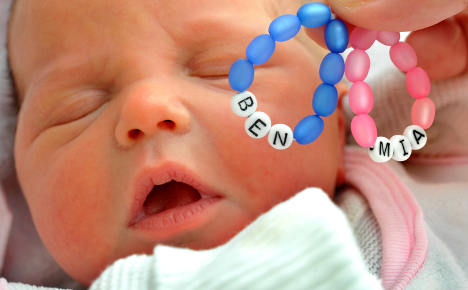 Though no official tallies are available, the ranking is based on an analysis of more than 165,000 birth announcements from around the country.

Knud Bielefeld, the hobby researcher who compiled the data, said the number represented about a quarter of the babies born in Germany during 2012.

His list showed that parents in 10 of Germany’s 16 federal states were most partial to the first name “Mia,” which has come in at No. 1 nationwide for the past four years.

For boys, the name “Ben” has bested the competition for two years now, topping the list in five states.

But some once-popular names seem to be losing their lustre. Fewer parents seemed to like the ring of last year’s second-place finisher, “Leon,” in 2012, for instance.

“I think we’re slowly losing that one,” Bielefeld said.