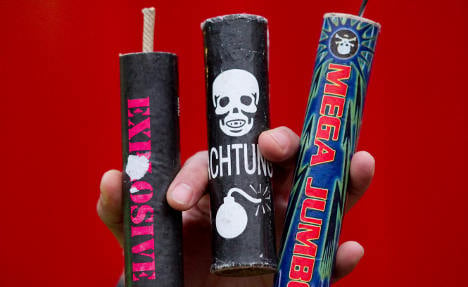 Police in the northern German town of Anklam said Thursday that a 51-year-old sustained severe injuries to his right hand after the firecracker went off accidentally last week. The man reportedly tried to stop the bleeding himself, and a number of blood-soaked bandages were found in his home.

Investigators suspect that alcohol and medication also played a role in the man’s death, saying the victim would have survived with proper medical care.

The man is thought to have been in possession of a Polish firecracker, or Polenböller, which is illegal in Germany.

“Anyone who uses uncertified fireworks endangers not just the health and lives of others, but above all his own,” Saxony’s state criminal police (LKA) said, according to Die Welt on Thursday.

Earlier this month, Germany’s Federal Institute for Materials Research and Testing (BAM) warned that Polish rockets are more dangerous than their German counterparts. “If you were holding a certified firecracker in your hand and lit it, it would result in a few burns,” said BAM tester Heidrun Fink.

“With so-called Polenböllern, you could lose some fingers.”

For years, police and customs enforcement at the Polish border have been trying to stop smugglers from bringing illegal fireworks into Germany. Die Welt reported that customs agents seized more than 51,000 contraband firecrackers last year – including 10,000 from a single car.

Fireworks are legally for sale in Germany only from December 28 to December 31 each year.