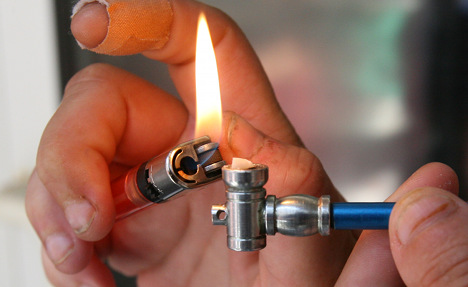 Data for the whole country is yet to be released but those states that have finalised their statistics gave positive results. In 2011, drug-related deaths had dropped to a total of 986 – 20 percent than the year before.

There were around 60,000 people in 2011 who needed medical treatment for drug-related illness and this figure remained unchanged from 2010, the German Monitoring Centre for Drugs and Drug Addiction said on Wednesday.

Experts advised the dropping death figures should be regarded with caution – as there are countless cases each year in which the cause of death cannot be identified. But the numbers have been shrinking almost consistently for years and the reason behind this is thought to have been improved support for addicts.

Of the states that have released data, Baden-Württemberg showed a particularly notable drop – by November 14, 109 drug-deaths were reported. The figure for the same time in 2011 was 127, and in 2010 was 139, according to the state’s Interior Ministry.

In the north, Bremen reported 11 deaths in 2012, six fewer than the previous year. Hamburg remained unchanged with 57 deaths. Mecklenburg Western-Pomerania was yet to give figures but said it was expecting very few.

Data for Brandenburg was also unavailable but the country’s capital, Berlin, said that by the end of November 104 people had died as a result of drug consumption. This was an increase of one person over 2011.

Neither Schleswig-Holstein nor North Rhine-Westphalia had their figures ready, but police in Cologne said they were expecting a slight decline. In 2011 in the city, 34 people died from drugs.

Bavaria – a very large state – had not yet finalised figures but in 2011, 177 people deaths were registered, 39 of which were in Munich.