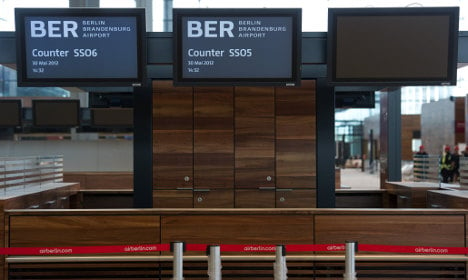 Ramsauer called for great clarity and more honesty when large construction projects are being planned and carried out, to avoid the kind of cost explosion and delay seen with BER. It has more than doubled in cost from €2 billion to around €4.3 billion – and seems far from being ready.

“The co-owner, the federal government, sees signs that the opening date of October 27, 2013 might possibly not be met,” Ramsauer told Die Welt newspaper on Wednesday.

The state governments of Brandenburg and Berlin are the other two owners of the airport which is being built to replace the Schönefeld and Tegel airports, and was last expected to open in the summer.

The latest official reason for the non-opening of the airport was that the fire warning system was not working, and Ramsauer said many tests were still needed to see whether it was now going to function.

He said the BER supervisory board, chaired by Berlin Mayor Klaus Wowereit, was responsible for the management of the project – but also that they were reliant on the managers providing all necessary information.

The main problem with the project has been that, “not all decisive facts have been laid on the table of the supervisory board,” said Ramsauer.

Yet the transport minister, who is also responsible for construction, said such problems were not unique to publicly-run projects. “Public and private building contractors cook with the same water – both give out contracts to companies,” he said.

“There are botches, delays and cost increases. That does not excuse anything for public projects, but one should not make it worse than it is,” he said.