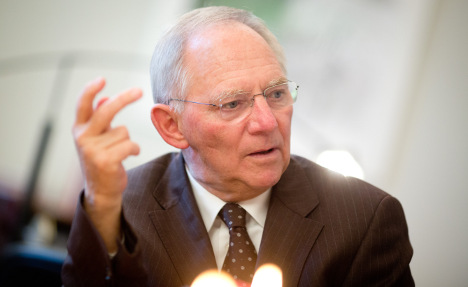 Schäuble believes that English will be the language of European unification, since most young people speak it and it is the idiom of choice at multinational companies.

By his own admission, however, he is not someone who has a good command of English. That gives him something in common with other German politicians, such as European Union Commissioner Günther Oettinger and Foreign Minister Guido Westerwelle, whose poor English has often been the subject of jokes, the paper said.

“Badly spoken English is however the most spoken language in the world,” Schäuble joked in the interview.

The finance minister remembered when he was in his previous job as interior minister he made a suggestion at the European Council in Brussels to forgo interpreters in favor of requiring everyone to speak English.

Nicholas Sarkozy, the French interior minister at the time, was not in favor of that, fearing that holding the meetings in English would give the British an advantage.

“I told him that it was actually a much larger disadvantage for them because we would destroy their language,” Schäuble said.