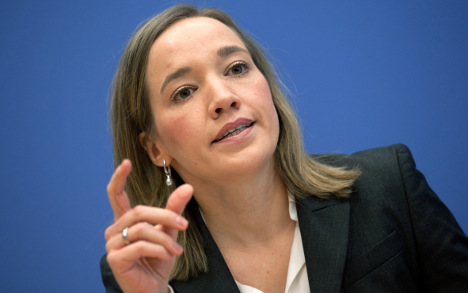 Asked in an interview with Die Zeit weekly how she would tell her 18-month-old daughter Lotte that the German word for God, Gott, takes the masculine definite article der rather than the feminine die, she answered that the word had no bearing on God’s gender. “You could just as easily say, das liebe Gott,” she said, using the neuter article.

The linguistic speculation caused outrage in the Christian Social Union (CSU), Bavarian allies to Schröder’s Christian Democratic Union. “This intellectual rubbish makes me speechless,” Bavarian Social Affairs Minister Christine Haderthauer told the Bild newspaper on Friday. “It’s sad when our children are robbed of the strong images that are so important for their imagination out of sheer insecurity and political correctness.”

The same Schröder interview caused another controversy earlier this week, when the minister said the beloved Grimm fairy tales were “often sexist.” She also said that she intends to edit out the offensive word Neger from children’s stories when she reads them to her daughter.

CSU domestic policy expert Stephan Mayer seemed to be tiring of Schröder’s public statements. “Instead of starting completely pointless debates, the minister should just get on with her work,” he said.

Schröder herself said she was surprised by the harsh reaction to the interview. “Maybe I was thinking too much about the little girl in my answer, and not about all the adults who would get hung up on my words,” she told Bild.