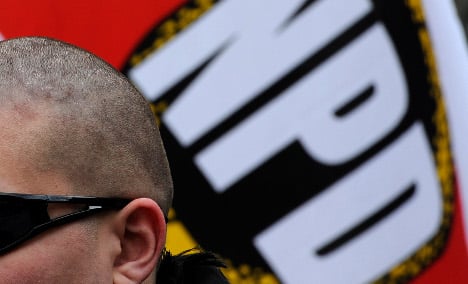 “I like to remind people of the Third Reich,” Christian Democratic Union politician Marco Schulz wrote in the Pommernblog, a conservative news blog in the state of Mecklenburg-Western Pomerania. “There certain citizens were even marked so everyone could see that this person was an enemy of the state, because of their opinion or religion. … I personally can’t and won’t accept it when people in our democratic society are prejudiced against because of their point of view.”

Schulz was responding to a local controversy where CDU councillors sat down with two NPD counterparts for a coffee in a local bar, during a break in a council meeting.

The meeting was photographed by the Anklam’s independent mayor himself Michael Galander, who told the regional Nordkurier newspaper that he’d wanted to document who was taking the fight against Nazis seriously. “They definitely weren’t talking about the gardening,” he said, before adding that he didn’t want to publish the photos, but keep them for his personal “political diary.”

The mayor’s actions caused its own controversy among the CDU, whose local council leader Karl-Dieter Lehrkamp told the Nordkurier, “My colleagues thought it was a silly joke at first. These Stasi methods by the mayor do not help build mutual trust.”

Lehrkamp also defended his councillors’ meeting as mere politeness. He said the CDU had always sat at the same table in that bar, and at some point the NPD’s Michael Andrejewski had asked if he could join them. “What would you do if someone asked you that question in a public bar?” he said, and underlined that the CDU was not in official dialogue with the NPD.

Following the many outraged comments on his blog post, Schulz backtracked on its message. “If I offended anyone with my article, then I apologize,” he told the paper, saying that he had now seen that his formulation had been liable to misinterpretation. He had not meant to present the NPD as victims. “I stand for a free democratic order and do not tolerate anyone who violates that.”

Schulz, a member of both the Anklam town council and the Vorpommern-Greifswald district council, also works as a police officer and was previously a mayoral candidate.

The German parliament is currently attempting to ban the NPD in the Federal Constitutional Court, on the grounds that its positions directly threaten the German constitution.

But a former constitutional court judge, Dieter Grimm, wrote to Bundestag President Norbert Lammert this week, warning that the NPD’s statements could simply be dismissed as xenophobia and racism, and not a direct threat to the German constitution.

Grimm also warned that even a successful bid would face a stern challenge from the European Court of Human Rights in Strasbourg.