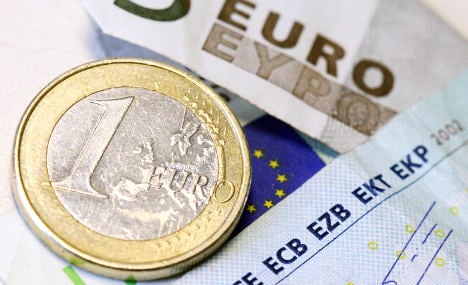 German debt bonds are seen as safe haven assets within the debt-stricken eurozone.

Although Berlin had initially expected to also raise €250 billion this year, the amount ended up increasing to 255 billion due to Germany’s contribution to European rescue funds.

Next year it expects to raise €173 billion on the medium- and long-term bond markets, with more or less even quarterly amounts spread through the year, finance agency figures showed.

The amount is at the lower end of forecasts by analysts polled by Dow Jones Newswires, whose figures ranged from €172 billion to €177 billion. The rest of the total will be raised on the money markets.

Additionally the federal government and regions plan to issue for the first time next year a joint bond, with details, including on its value, to be announced at a later date.

Germany announced earlier this month that it would balance its budget two years earlier than expected as its relative resilience to the debt crisis has enabled it to enjoy higher tax revenues and lower financing costs.

The Finance Ministry said it expected to reach a balanced budget in 2012, not 2014 as envisaged earlier this year.