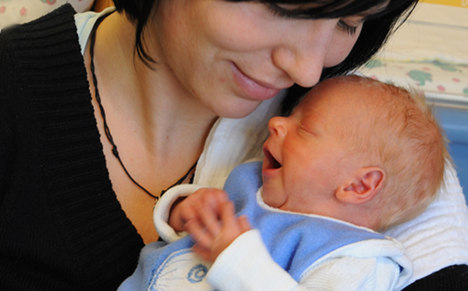 Researchers from the Federal Institute for Population Research found around a quarter of German women born between 1964 and 1968 do not have children primarily because of an apparent incompatibility with having a career.

Seen by the Süddeutsche Zeitung, the study found that Germany’s long-held cultural idea of a “good mother,” in which women stay at home to raise their children, was still so present in the country’s collective psyche that working women were opting not to have children.

There are just ten countries in Europe which have a lower birth rate than Germany, which currently stands at 1.39 children per woman. Iceland leads the way with 2.20 and Latvia was at the bottom with 1.17.

Worldwide, Germany is one of the countries with the highest number of childless women.

“This low birthrate has major social significance in the long run because it is one of the main causes of the shrinking and ageing of the population,” said the authors of the study by the institute, which is part of the Interior Ministry.

In Germany, they said, “the mother belongs to her child and must not leave him or her with a carer before the age of three just because she wants to work,” describing the prevailing mentality particularly in the west of the country.

“Choosing another path means to quickly become a ‘raven mother’ (a German expression for a bad mother) in western Germany,” they said, noting a contrast

Director of the institute, Norbert Schneider, told the Süddeutsche Zeitung that parents should be offered more flexible working times in order to make having children more appealing.

And from August 2013 the government will grant children under three a legal claim to a nursery place or with a child carer, although recent data showed the country was behind in its timetable.

Last week, Germany also came one step closer to implementing controversial payments to parent opting to keep their children at home instead of sending them to day care.

But, Schneider added, if the so-called Betreuungsgeld were to come into place, the country would need to work even harder to improve gender-equality and iron out old-fashioned societal ideals at the same time.