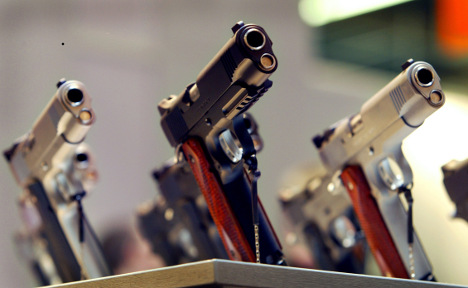 A 20-year-old killed 27 people, including his mother and 20 children, in Newtown, Connecticut on Friday, before turning the gun on himself, sparking revulsion in Germany and around the world.

“The horrific massacre of young children in Connecticut is tragic evidence for how easy it is for violent people to kill if firearms are kept at home,” Green party co-chairman Cem Özdemir told the Berliner Zeitung newspaper on Monday.

Özdemir said that even if the German gun lobby pretends otherwise, guns are made to kill, and are not simply “harmless sports equipment or toys.”

“There is no reason to keep them in houses and flats,” he said.

Özdemir was backed up by Baden-Württemberg’s Interior Minister Reinhold Gall, of the centre-left Social Democratic Party (SPD). He called for a further reduction of the number of weapons in Germany, even though gun laws were tightened in after his state experienced the deadly Winnenden school shooting in 2009.

“There are still too many weapons in Germany,” he told radio station Deutschlandfunk on Monday. He said every gun-owner should ask themselves why they need a weapon, and added that powerful guns should be banned outright.

Following Winnenden, the German parliament introduced an electronic nationwide firearms registry and increased age limits for high-calibre guns, but did not pass other proposals, such as a ban on keeping guns at home, rather than shooting clubs.