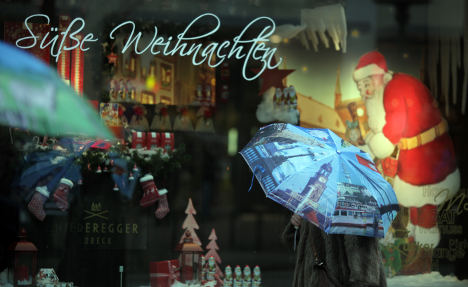 Rainstorms in many parts of the country have washed away most of the snow, leaving slush and dangerous black ice on roads and pavements, particularly in the east and south.

In Lower Frankonia an lorry carrying 32,000 litres of fuel oil tipped over on ice on Saturday, although police said none of the cargo spilled onto the road. Police also reported a number of other minor accidents on motorways due to black ice.

The rain and cloudy skies are expected to continue over the coming week. Monday will see showers in the north and west, while heavy rain in the south is expected to wash away any remaining snow. Only the north east will remain mostly dry.

Early next week temperatures are set to climb up to ten degrees Celsius in the west and five degrees in the east, with light frosts forecast overnight into Tuesday in the east.

Temperatures are due to drop again slightly in the middle of the week with some places seeing lows of minus two degrees, said DWD.

The snow line will sink again to between 600 and 800 metres, meaning not all hopes of a bit of Christmas snow should be completely abandoned.