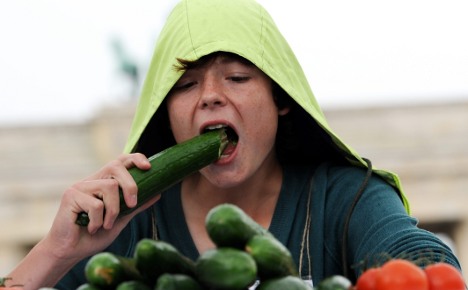 Veggies are making an appearance on German dinner plates more often than a decade ago, according to figures released on Friday by the German Nutrition Society (DGE).

But it appears Germans are less inclined to pick up an apple or banana than tuck into a plate of sauerkraut, with the statistics showing average consumption of fresh fruit down over the same period.

Hard-wired German eating and drinking habits were still cause for concern among experts, however.

Too much meat – especially red meat such as pork, beef and lamb – could increase risk of bowel cancer and heart disease, said nutritionists. They recommended Germans cut down on the wurst, limiting their meat intake to between 300 and 600 grams a week.

Germans on the whole are drinking less alcohol, especially beer – with average yearly consumption dropping two litres per person over last year. Yet nutritionists said too many Germans still enjoy one too many, with 31 percent of men and 25 percent of women continuing to drink too much.

Still, government figures earlier in the week suggested fewer German children were overweight than before and concluded Germans were slowly becoming more health conscious when it comes to food.