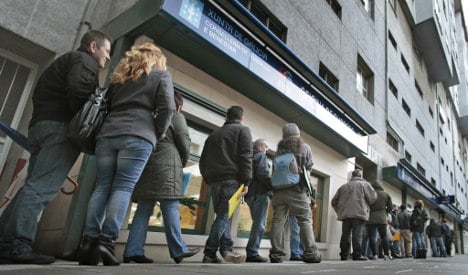 The latest edition of business monthly Manager Magazin reported this week that young people are expected to abandon their homelands in countries like Greece, Spain and Portugal in droves to look for work in robust Germany.

Although researchers from the Kiel Institute for the World Economy predict a stabilization of southern European economies, poor growth is likely to leave unemployment high over the next five years. For the almost 40 percent of young Europeans currently out of work, Germany – with its apparently bullet-proof economy and regional labour shortages – looks set to prove an almost irresistible magnet.

The new wave of immigrants could even at least temporarily halt Germany’s expected demographic decline, as the country’s low birthrate causes the indigenous population to shrink dramatically in the coming decades.