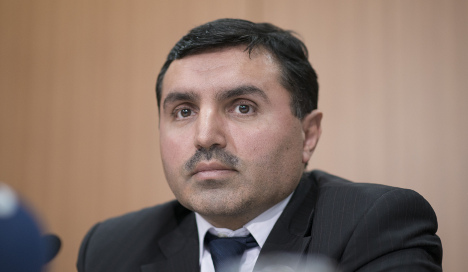 The German Muslim coordination council (KRM) presented a dossier on Wednesday on the botched investigation into the National Socialist Underground (NSU) terrorist cell.

German Muslims say the debacle – in which authorities failed to prevent the murders of nine immigrants and one police woman over a decade – was no accident, wrote the Frankfurter Rundschau on Thursday.

The investigation into the murders was prejudiced, said the KRM, a result of a distorted view of Islam in Germany and a widespread stigmatization of Muslims.

In recognition of the seriousness of the crimes, Germany should hold annual memorials for the victims of the NSU, said the council, and teach children about the murders in school history lessons as “a problem arising out of the Nazi past.”

Spokesman Erol Pürlü told the press, “Those who murder Muslims today, will murder those who don’t comply with them tomorrow.”

Further demands laid out in the dossier included creating a special category for anti-Islamic attacks in crime statistics, and for officials to stop using the words “Islamist” and “Islamism” to refer to radical Islam.

Pürlü emphasised that the council had no doubt that Germany was a functioning democracy and praised the work of the parliamentary NSU investigation committee tasked with looking into the failure of German authorities in the case.

Meanwhile, Aiman Mazyek, Chairman of the Central Council of Muslims, said he supported a ban on the neo-Nazi National Democratic Party (NPD). The heads of Germany’s 16 federal states earlier this month backed outlawing the party, but a previous legal challenge failed in 2003.

Mayzek added that the council was concerned about growing racism in German society, and called for the state to co-operate with Muslim organisations in fighting the trend, wrote the paper.

Mayzek said that while he could not deny the existence of radical Muslims in Germany, he felt the surrounding debate was too heated and that it was wrong to play off right-wing extremists against Muslim extremists.