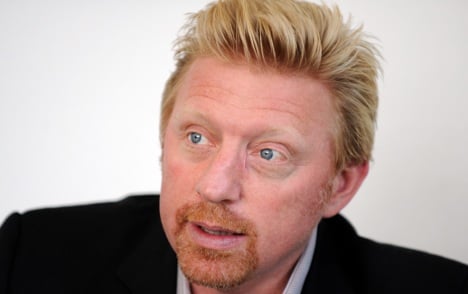 “Great admirer of Angela Merkel! I am very proud and becoming a patriot as she won the Nobel Peace Prize!!!”, the grammatically-confused Becker tweeted on Monday night, sparking a furore among his over 140,000 followers.

When user Alf Steinbach pointed out that it was actually the European Union that won the prestigious award, not the German chancellor, Becker accused him of splitting hairs. “So practically her,” the celebrity responded.

“I will become a patriot on the day that @Becker_Boris has his citizenship revoked for sheer unbelievable idiocy,” another user tweeted back.

Several other Tweeters pointed out Becker’s spelling and grammar errors and advised the tennis star to get himself a dictionary or a German course, with one user mocking him with, “I think he can do alphabet soup.”

“Bare jealousy, resentment, and schadenfreude coming out of my mobile,” Becker shot back. “Hahaha.. in London they say ‘get a life’…”, he added later.