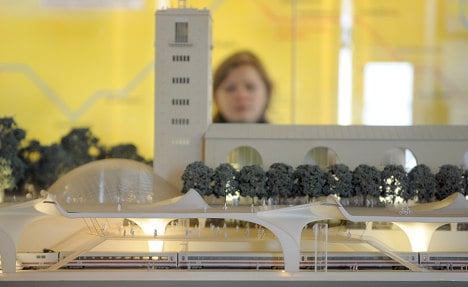 Germany’s national railway operator Deutsche Bahn previously estimated it would cost around €4.5 billion, but now the extra billion has to be found.

“The economic viability of the project is decreasing, but it will not go negative,” said Deutsche Bahn manager Volker Kefer.

Baden-Württemberg state premier Winfried Kretschmann said that if Deutsche Bahn’s estimation was correct, the company would have to pay the difference themselves. “This is due to planning errors by the Bahn,” he said.

Criticism of the massive rail project has come from many sides, including environmentalists who voiced concern about the effect the building work could have on the area. Violent protests rocked the southwestern city in 2011 after the police cleared a demonstrators’ camp.