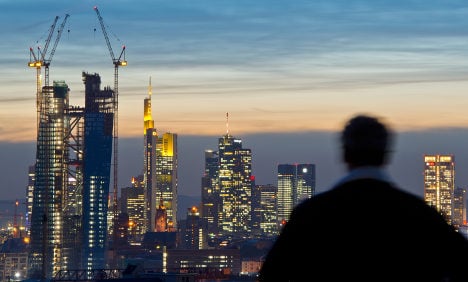 But recently, Berlin has appeared to signal a new willingness to compromise in order to rally other capitals such as Paris to its cause.

European Union finance ministers are scheduled to meet in Brussels Wednesday to try and agree a common line ahead of a summit of government leaders and heads of state the following day. Ministers failed to clinch an accord at a previous meeting last week.

“We’re pulling out all the stops to draw up the legal framework for a banking supervisor before Christmas,” German Finance Minister Wolfgang Schäuble told the Bild am Sonntag newspaper on Sunday.

That may come as something of a surprise given it was Berlin that has been putting on the brakes for months, insisting that quality was more important than speed when it comes to setting up such an authority. Under the proposals, the new European banking supervisor is to come under the umbrella of the European Central Bank.

But Germany has been suffering stomach ache over such a construction, arguing it could blur the line between monetary policy and banking supervision and lead to possible conflicts of interest.

Schäuble insisted that “Chinese walls” be set up and that banking supervision be assigned to a separate independent committee within the ECB and not the central bank’s governing council which sets interest rates for the 17 countries which share the euro.

Weekly magazine Der Spiegel reported that, in a bid to woo support from

France, Schäuble even suggested that the committee be based in Paris, rather

than the ECB’s home of Frankfurt.

The allocation of votes within the new banking supervisor is also a point of debate for Germany.

Bundesbank president Jens Weidmann argues that Germany, as the biggest contributor to the ECB’s capital, should carry the most weight within the new authority.

Germany is also adamant that its large network of small savings banks should not come under the new supervisor’s remit.

The new authority should focus instead on major European banks, while the smaller banks continue to be overseen by the national supervisory authorities, Berlin argues.

The German federation of savings banks, DSGV, insists it is not simply a matter of defending German interests, but also one of efficiency and priority. The ECB should focus on those banks where there are problems, such as the Spanish banks, DSGV argued.

But German Economy Minister Philipp Rösler seems to be ready to compromise on this, too.

Last week, he argued that although certain issues should remain the remit of the national authorities, the ECB “should theoretically have the power to intervene when and where necessary.”´Thus, if there were a banking crisis in Germany, it could act there.