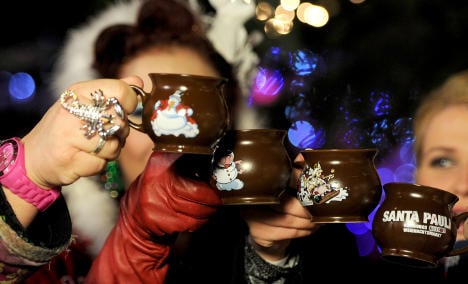 When asked if they were planning to get drunk around the Christmas tree, 33 percent of British people said yes, while 30 percent of the Danes were planning on making their holiday a drunken one.

The Swedes and the Finns came next, with 25 and 24 percent respectively, followed by the Norway, where 21 percent of those asked said they were planning a boozy Christmas.

The Germans seemed positively sober in comparison, with just 17 percent saying they were going to drink at Christmas.

The survey, conducted by pollsters YouGov and reported in the Frankfurter Rundschau newspaper, also showed that the French were the most restrained Europeans, with just eight percent planning to get drunk.