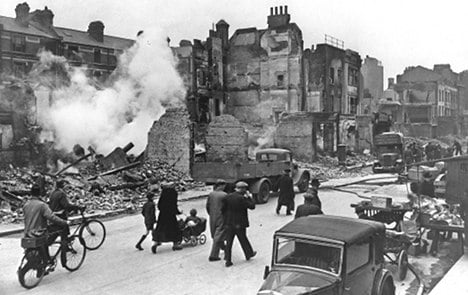 Created by a geographer from the University of Portsmouth, the website www.bombsight.org takes data from the British National Archives and combines it with geo-tagged photographs from the Imperial War Museum and anecdotes from a BBC wartime memorial project.

More than 20,000 people died and around 1.4 million Londoners lost their homes in the Nazi bombardment from October 1940 to June 1941.

“It seems astonishing that London survived the onslaught,” the project’s initiator Kate Jones said in a university statement. “The Bomb Sight project demonstrates the clustering together of lots of different data using the power of geography.”

The website allows users to see what the kind of bomb dropped on a particular site, and combines this with pictures and personal details of those affected at the time.

A mobile app for people with Android phones enables people to point their phone at a street scene and get an augmented reality view showing the bombs that were dropped there.