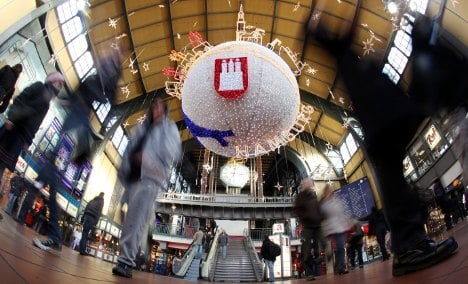 A digger smashed through a high-pressure gas pipe near the Diechtohallen art galleries just a couple of streets away from the main station, and around 100 metres from the train tracks, at around 4pm.

The area was sealed off and many buildings nearby were evacuated for fear that the gas could cause an explosion. Fire officials said residential buildings were not affected.

But train services were badly hit, with nothing allowed to come into or leave from the main station. Travellers had to take local underground trains to other major stations – or wait. Large queues built up outside the station as those with no alternative simply waited for the situation to change.

Gas specialists had to increase the pressure in other pipes to the city to ensure continued supply, and then reduced the pressure of the broken pipe before sealing it. The operation was finished shortly after 7pm and not long after that the station was reopened.