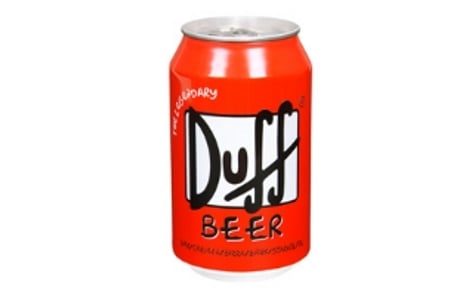 The row, which has already produced two conflicting opinions from lower courts, reached the Federal Court of Justice, where Judge Joachim Bornkamm opened proceedings by describing The Simpsons cartoon as a series where, “a certain Mr Homer Simpson appears; and this gentleman drinks.”

Bornkamm stressed that Simpson’s favourite beer was “a cheaper brand.”

Nonetheless, the gimmick value of marketing Duff Beer is not to be underestimated, and the two manufacturers have kept courts and lawyers busy with competing claims.

The firm Duff Beer UG in Eschwege, Hessen, produces Duff Beer in bottles and cans, complete with a Simpsons style logo and a website which calls it a legendary beer without actually mentioning the Simpsons.

Matt Groening, creator of the Simpsons, prevented this happening in the US, the Financial Times Deutschland reported on Wednesday.

Simpsons owner Twentieth Century Fox argued that although The Simpsons was popular among adults, it was conceived for children, and he did not want to encourage young people to drink.

This ban did not extend to Germany though – Twentieth Century Fox failed several years ago to show how well-known the cartoon series was on this side of the Atlantic.

So Duff Beer UG cracked open first bottles, and more recently cans, of Homer’s favourite brew, selling them across Germany to customers with a red, quadratic logo, clearly on the back of the not-mentioned yellow-skinned residents of Springfield.

The Franken Duff Beer firm’s lawyer could not say whether her client was making Duff Beer, but argued that although the oval logo had not been used, the name Duff Beer had been used in a different context, and so was not being ignored.