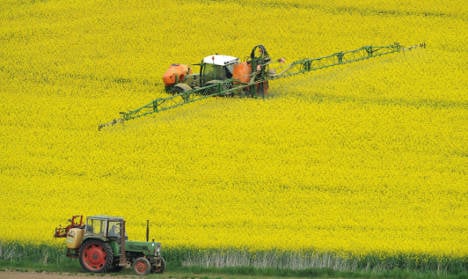 Publishing their findings in the journal “Nature Scientific Reports,” the scientists showed how the poison rotenone caused and exacerbated Parkinson’s.

Although it has long been suspected that external factors could cause Parkinson’s, the latest research shows that agricultural workers frequently exposed to pesticides develop the disease more often than people with less experience of the chemicals.

The scientists also discovered that rotenone given to mice produced a protein in their intestinal tract that destroyed brain cells.

“If this can also be confirmed in Parkinson’s patients, we will have taken an important step towards new strategies for diagnose and treatment,” said Francisco Pan-Montojo, the director of the Dresden Institute for Anatomy.