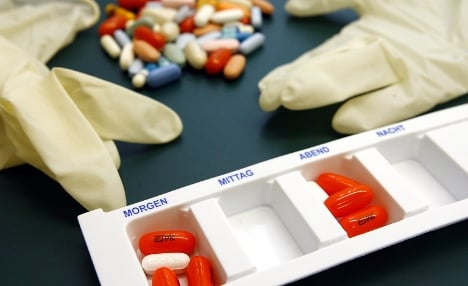 The unwitting human guinea pigs were either given unproven medicines or placebos against which the effects of the new drugs could be compared. Western pharma firms paid hundreds of thousands of Deutsche marks for the test subjects – all of which was swallowed by the struggling East German economy.

The documentary Tests und Tote (Tests and the Dead) shown on Monday night on the ARD state broadcaster showed how as pharma companies were forced to conduct extensive testing in the wake of the Thalidomide scandal which left thousands of people deformed, they turned to the East, which was desperate for hard currency.

But considering the severity of the claims – and potential for compensation demands, it seems unlikely that pharma companies will offer a mea culpa and apology as Ikea recently did for using East German political prisoners as cheap labour.

One case featured in the show was that of Gerhard Lehrer, who was admitted to Dresden hospital in 1989 after having a heart attack, Der Spiegel magazine reported on Tuesday.

The doctor there gave him red-and-white capsules to take and, according to Lehrer’s widow, praised the drugs, saying they were difficult to get. Lehrer’s condition failed to improve, and the hospital soon told him to stop taking the drug, and to return the supply he had been given. Shortly before he died, he told his wife to hang onto the pills, which she did.

Placebo instead of treatment

Tests on what she kept showed he had been given a placebo – that the capsules contained nothing that would help his heart condition – a seriously ill man had been denied medical treatment as part of a medical study without his consent.

The ARD journalists followed a number printed on the box of Lehrer’s fake drugs and found a corresponding file in the East German Health Ministry archive – Lehrer had been part of a study on Ramipril – a blood pressure drug developed by Hoechst.

A combination of two developments during the 1980s served to create the conditions where the East German government sold its sick citizens to Western pharma companies, Der Spiegel said.

New laws were forcing pharma companies to conduct proper scientific studies on their products before they would be licensed for sale – and patients taking part had to be fully informed of the risks of doing so.

A secret meeting of East German ruling Central Committee members responsible for health care in spring 1983 set the course of selling patients to Western firms, said Christoph Friedrich, a pharma historian from Marburg University. Certain hospitals would conduct tests for Western producers, and would be able to use the money.

The secret tests were stopped with the 1989-90 collapse of the East German state. Millions of Deutsche marks had been earned at the expense of the ill and dying, the ARD show said. Although exact figures have been lost along with most of the old files, individual studies were shown to have brought in up to DM860,000.

The journalists approached the successor companies to Hoechst and Sandoz, which were shown to have conducted testing on unwitting East German patients. French giant Sanofi-Aventis, which includes the former Hoechst, was cooperative and allowed access to its files.

But neither the pharma industry associations nor the ministries responsible said they were able to find anyone who had any idea of the cross-border studies, the journalists said.