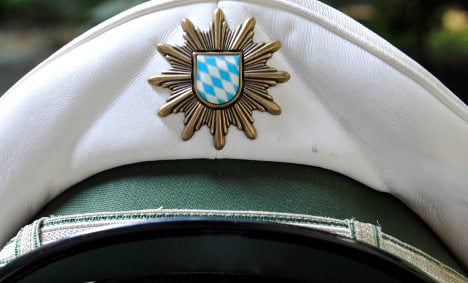 Teachers stood by while the children were strip-searched, the Süddeutsche Zeitung newspaper reported on Monday.

Police offers were at the Friedrich-List Economics School last Tuesday to talk to a class of 27 students aged 13 and 14 about moral courage in a public setting, when one girl complained that €5 was missing from her jacket pocket.

This prompted the youth liaison officer to call for back-up and organize a strip-search of the teenagers. Four officers split the pupils according to gender and searched them in separate classrooms.

“Some of the schoolgirls had to briefly open their bras, while some schoolboys had their underpants searched,” police spokesman Wolfgang Wenger told the paper.

One 14-year-old boy told the paper a police officer had looked up his backside with a torch – after he had initially refused to take his underpants off.

By the afternoon, relatives of one student had called the police to complain. “Our internal investigations section took on the case immediately and went to the school that day to clear up the matter,” said Wenger.

“One can search bags and get people to take off their coats on suspicion of theft, even when it’s only €5. But obviously it was way over the top to search the students in such an intimate fashion.”

All four police officers involved are now themselves under investigation.

The Süddeutsche Zeitung said some of the students were so upset by what happened that they did not go to school the day afterwards. At least two teachers who were present at the time failed to step in to stop the searches but the school has refused to comment while the investigation is being conducted.

Public prosecutor Thomas Steinkraus-Koch told the paper he had “significant doubts about whether the measures taken were reasonable.”

The police stressed that none of the students were forced to take off all their clothes, and that the strip-search had taken place only after checking with the school authorities.

But pupils told the Süddeutsche Zeitung they all had to take off their T-shirts and trousers and that in some cases their genitals have been checked.

One witness said, “By the end, all the girls were crying, and one of the boys had burst into tears too.”