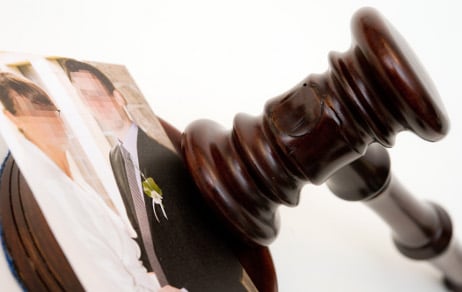 Women in particular who were not earning while married are vulnerable under the current system, politicians warned, ahead of a vote on new rules partly designed to protect full-time home-makers who get divorced.

“We want [to make sure] that married women who got married a long time ago don’t fall into an abyss in case of a divorce,” Ute Granold, legal expert in the ruling Conservative union (CDU/CSU) parliamentary fraction told Welt am Sonntag newspaper.

Five years ago reforms to rules on maintenance payments made divorcées almost solely responsible for their own living costs, which has meant long-term home-makers or low earners can be left in very difficult circumstances if they split from their spouses.

Legislation due to be put before the Bundestag lower house of parliament in early December had not yet defined the time period after which a marriage is seen as a long one, said Granold, who added that “it’s not about the letter of the law, but about [achieving] a fair balance of interests.”

Bavarian state Justice Minister Beate Merk told the paper she wanted the new law to include a provision for divorced mothers with one or more children under 15 to clarify that they would not be expected to work full-time.

“Only then can we protect single parents from becoming overwhelmed,” said the minister.