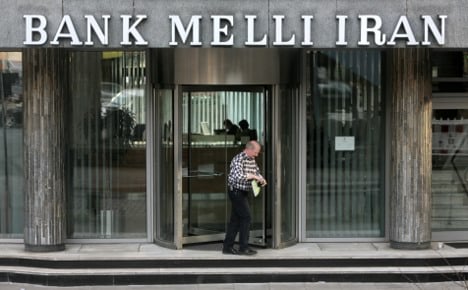 German banks must stop blocking financial transactions between German and Iranian bank accounts because this is leading to a shortage of medical supplies, the Foreign Ministry argued in a letter seen by Sunday’s Frankfurter Allgemeine Zeitung.

The letter, sent by Emily Haber, a Foreign Ministry diplomat, to Uwe Fröhlich, President of the Federal Association of German Cooperative Banks (BVR), asked banks to “look into how they can facilitate transactions between Germany and Iran for humanitarian purposes,” wrote the paper.

“Obviously some German banks are refusing to process these transactions, with reference to the political situation and EU sanctions,” wrote Haber.

Haber reminded banks that EU sanctions were not aimed at the Iranian population, so groceries and medical supplies were excluded from the ban on transactions.

The letter comes just weeks after German politicians prompted outrage in Israel and the US when they travelled to Iran in late October for a controversial visit they claimed was aimed at addressing human rights violations, but which critics said was designed to strengthen trade links between the two countries.