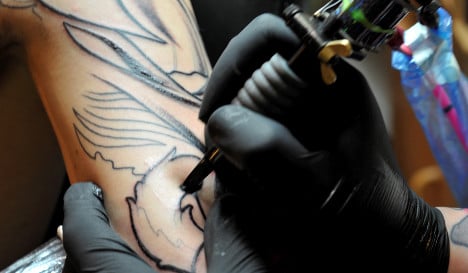 A wannabe cop whose application to join the North Rhine-Westphalia force was turned down because of the large tattoos on his arms – showing a dog and a Mexican death mask – appealed against his rejection and won.

An administrative tribunal in Aachen ruled that the blanket ban was excessive and violated the man’s personal rights.

But the judge decided that his ink work was not reasonable grounds to deny him access to public service.

The man’s emergency appeal against his rejection this summer had allowed him to take part in the selection process, but he failed for other reasons. However, he said he was determined to try again in 2013.