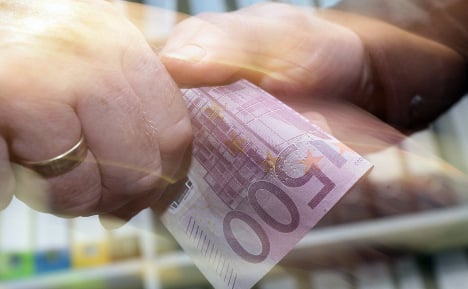 The European Council’s Group of States Against Corruption (Greco) issued an unusually critical preliminary report on Germany on Wednesday, focusing on efforts made to change laws banning bribery of MPs and regulating political party financing.

A year ago the corruption watchdog concluded that only four of its 20 recommendations to clean up German politics had been implemented. And since then nothing has changed, Der Spiegel reported.

Germany has made “no concrete progress,” Greco concluded. The situation was “generally unsatisfactory”, the group said.

Greco’s president is expected to write an official letter of discontent to the German representative to say that the, “relevant recommendations have not been implemented and decisive action is necessary in order to achieve concrete progress as soon as possible.”

Germany has still not ratified a European agreement to bring in laws which would severely punish corrupt MPs. The agreement was signed in 1999, followed by an additional protocol in 2003, Der Spiegel noted – but no government has ratified or implemented it.

The second part of the report which deals with the topic of party finances is also critical of a lack of change. The experts had previously called for Germany to significantly reduce the trigger for a donation to have to be published from the current level of €50,000.

But the cabinet this summer concluded that this did not need to be changed.

The only sign of a change of heart seems to be coming from parliamentary president Norbert Lammert, from Chancellor Angela Merkel’s governing Christian Democratic Union. He drew up a position paper last month calling for a tightening of the ban of bribing MPs.

Back in August, the heads of 35 major companies also called for Germany to ratify the 2003 United Nations Convention Against Corruption.