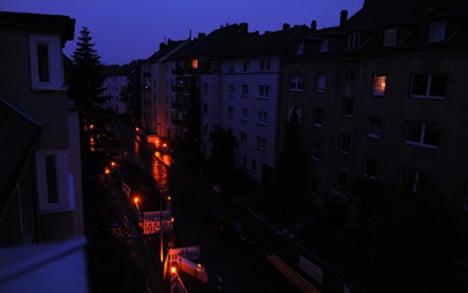 Critical situations such as dangerous power fluctuations have “increased dramatically overall,” according to a government report seen by financial daily Handelsblatt.

The Federal Network Agency and Federal Cartell Office are due to present their “Monitoring Report 2012” on Wednesday. The paper reported that Germans should expect the country’s electricity network to be less reliable.

A primary cause of the precariousness was, the report said, the rising amount of power being taken from renewable sources such as wind or sun, which fluctuate more than traditional energy sources.

To compensate for dips in output from greener power sources, grid operators have had to increase how hard power plants are working accordingly, to fill in during busy periods, or quickly power down plants in times of overcapacity.

Adding to this the fact that Germany is trying to switch to using more renewable sources, but doing so very slowly, experts are concerned that the whole network is teetering on the brink of collapse.

By way of example, Handelsblatt used an area between the Lower Saxon Sottrum area, and Borken in the central state of Hesse. In 2011 the stretch experienced 319 hours in which power was in danger of cutting out. This was 1,242 percent higher than the previous year.

Between Remptendorf, in Thuringia, and Redwitz in Bavaria, though, there was just 1,727 hours in the entirety of 2011 where power was under threat.