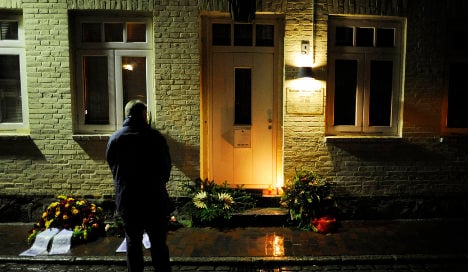 Family members of the victims were among those who gathered for a multi-faith memorial service, in the Fatih Sultan mosque on Friday evening.

Three people were killed and nine injured when neo-Nazis threw a Molotov cocktail into two homes inhabited by Turkish families in Mölln on November 23, 1992.

Those killed included two children, Asye, 14, and Yeliz, 10, who had been visiting their grandmother Bahide Arslan, who also died in the fire. The attack was the first in a series of racially motivated violent incidents in the early 1990s in which people lost their lives.

In the immediate aftermath on the following day thousands of Germans took to the streets to protest against rascism in the recently reunified nation.

Two attackers, both members of the neo-Nazi scene, were handed down lengthy prison sentences in December 1993. Lars C. was sentenced to ten years in a juvenile prison, while Michael P. was given life. Both have since been released.

On the twentieth anniversary of the incident, mourners laid wreaths laid in Mühlenstraße at the site of the attack.

In a speech to the crowd, journalist Beate Klarsfeld – famous for her work in bringing ex-Nazis to justice – demanded the fight against racism move forward in today’s Germany. She also called for a thorough investigation into the murders by the neo-Nazi NSU terrorist organisation and for a speedy ban on the far-right NPD party.